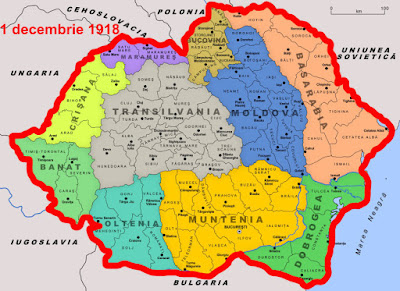 Romania in the Year of the Centennial

The Romanian people has existed on the territory bordered by the Danube, the Carpathians and the Black Sea ever since its formation. As a modern European people it is as old as the French, Spanish, Italian and Portuguese peoples and older than the Latin peoples that surround it. Yet, unlike other Latin people, because of specific reasons, the Romanian people could not organize itself into a state in the first centuries of its existence, following the retreat of the Roman Empire from Dacia (271 AD). Once organized into a powerful kingdom, that of the Dacians, the Carpatho-Danubian-Pontic territory came out of the Roman era without kings or emperors, without a proper administratrive and territorial organization, without state institutions and an army, as the old Dacian state had been destroyed by Traian and replaced with the state structures of the Roman Empire, and after the retreat of the Roman administration and army to the south of the Danuble there was a generalized collapse. The Dacian state could not be rebuilt, because, more than 160 years after the disappearance of the Dacian kingdom, the traditions of the indigenous state were lost, and the people (a mixture of Dacians and Roman settlers) no longer identified with the age of Burebista (as the Galo-Romans could no longer identify with the age of Vercingetorix), while an alternative model of state organization did not exist and could not be borrowed from our geographical neighbours, which were themselves in a state of anarchy or primitivism. During one generation, all the civilisation of Roman Dacia collapsed, the cities were abandoned and the Dacian-Roman population was forced to go back, in just a few years, to the primitive age. Emperor Aurelian should have left in Dacia an indigenous political leader supported by a local army, which should have ensured the organization of the abandoned territory and should have defended it. Thus, lacking the force and cohesion to form their own state, the proto-Romanians and then the Romanians were forced to accept, starting with the invasions of the Carps and the Goths, their rule and had to experience, throughout the centuries, all kinds of pre-statal organizations and put up with all kinds of Asian tribe leaders pretending to be military and political leaders over their national territory.

A phenomenon that was to leave a profound mark on the Romanian psychology started to take shape. The invasions of the migratory tribes continued, their rule succeeded one another, yet the Romanian people managed to preserve their identity. One way or another they assimilated the migratory people left in the Carpatho-Danubian space. They became neither Avars, Visigoths, Pechenegs and Cumans, nor Slavs, Turks or Fanar Greeks, to the disappointment of the great neighbouring powers which, like fault lines, were colliding on the Romanian territory.

The Ottoman Empire suffered defeats as a result of these collisions between geopolitical plates and had to gradually limit its area of influence, while the Habsburg empire took over Bukovina and the Russians managed to get Bessarabia, extending their sphere of influence over these parts of our national territory. This wouldn't have probably happened if the Romanian principates had not been ruled, back then, by princes appointed by the Ottomans. This was a situation which repeated itself, which Romanians had already gone through before, during the early Middle Ages, when they had not appeared on the Byzantine maps as a separate state, because they found themselves under the rule of strong migratory tribes. In Wallachia and Moldavia there were the Cumans and in Transilvania the Magyars that had come from Altelcuz. Being originally migratory and warfaring peoples, the Cumans and the Magyars had a better political and millitary organization than the sedentary indigenous Romanians, who were an agragrian-pastoral people dissipated across the land and lacking a political and administrative centralization as well as an army that should have protected them.

With the endless waves of Goths, Visigoths, Huns, Gepids, Avars, Pechenegs, Bulgars and others that roamed from the east to the west over the Romanian territory, it would have been impossible to lay the foundations of a Romanian state, without it being destroyed overnight, like in the legend of the Master Manole. Helped by favourable circumstances in the early Middle Ages, the Magyars settled not just in Pannonia, but also on a vast part of the Transylvanian territory, which after a few generations they came to consider as part of their national territory. Their bad luck was that, unlike the Romanized population they found in Pannonia, the Romanian population in Transylvania could not be magyarized in a significant percentage. Less lucky, the Cumans, who were in brotherly relations with the Magyars, were violently dislocated by the Great Tatar-Mongolian invasion in 1241, and on the Byzantine maps there was no longer Cumania instead of Wallachia. On the other hand, the Magyars, although they were also dislocated by the new Asian invaders, and their kingdom was almost totally destroyed, as it is attested, among other sources, in Monk Rogerius's “Carmen miserabile”, still managed to re-establish their kindgom, which was to last for a couple of centuries, until 1521, when it fell prey to the Ottoman Empire during the reign of Suleiman the Magnificent, a sultan whose particular ambition was to turn all Magyars into Turks, in order to extend Islam into the heart of Europe. Yet the Turks encountered, as the Magyars had done in Transylvania, a stubborn nation, which they could not convert or ethnically assimilate, thus being forced to abandon their Central-European pashalik, which could not overlap with Saint Steven's crown.

The union of the Romanian principates (24th January 1859) was the result of a normal historical development in an international politically favourable context (the Anglo-French-Turkish policy of blocking the Russian expansion towards the Balkans, which led to the defeat of the Czarist Empire in the Crimean wars 1853-1856). Thus, Romanians managed to lay the foundations of their national state, which, starting with 1866, came to be called Romania and was recognized as such internationally. At that time roughly in the West other national states were formed, Germany and Italy, though a similar process of unification. No one can claim that Germany and Italy are recent phenomena on the map of Europe. Italians and Germans, as well as Romanians, have always existed on their national territories, where they have gone through various forms of state organization, from provinces and principates to unitary national states in the modern period.

The first World War, dubbed by the pre-communist historiography The War for the Reunification of the Country, led, by a historical determinism, to the formation of Great Romania, by the successive union of Bessarabia (March 1918), Bukovina (November 1918), Transylvania and Banat (1 December 1918) with the Old Kingdom, which also comprised Southern Dobruja (the Cadrilater). Outside the country were left a few small territories inhabited by Romanians, such as the Serbian Banat and the northern part of Maramures. And besides its current neighbours, Great Romania had a border, in the north, with Czechoslovakia and Poland, two states that reappeared on the world map, after a long period when their national territories had been divided among neighbouring empires.

Romania's entrance in the war on the side of the Entente in August 1916 proved to be a correct and responsible choice, because, although the kings of the country belonged to a German dynasty (The Hohenzollerns), everything pleaded in favour of our country's alliance with France. The whole forty-eight generation had been educated in Paris, and the Union of 1859 was accomplished with the aid of Napoleon the 3rd. The ascension of Prince Carol on the Romanian throne in 1866 had been also due to the advice of the French emperor, who wanted a powerful kingdom at the mouth of the Danube, a kingdom which would strenghten the French influence in Europe. Unfortunately, the insufficient military training with which Romania came into the war on the side of the Entente and the strategical errors that some of our military leaders had made ended the campaigns on the Danube and the Transylvanian fronts and allowed the enemy troops, led by general Mackensen to occupy, in a short time, the southern part of the country, with the capital, up until the Siret. It is true that this defeat occured as the Czarist army contributed only slightly to the war in which it had engaged, and after the Kerensky goverment came to power started to disband, thus turning into a real danger for the Romanian soldiers behind the frontline. Taking refuge in Jassy together with the Romanian army and government, king Ferdinand ruled for two years over only one third of the initial kigdom, as it had been when Romania had entered the war with the high hopes of seeing its territory reunited with Transilvania following a rapid and successful offensive.

It was a miracle that the King and the government managed to learn their lessons from the disaster of the year 1916 and managed to keep the Central Powers along the line of the Siret, while bringing the army to an efficient state, with the help of valuable millitaries such as Alexandru Averescu, Eremia Grigorescu, Constantin Prezan and others. In the 30s, when he came back to visit Romania, Marshall Mackensen remembered the spectacular resurrection of the Romanian army, which “ seemed to have disappeared” before (during the fights in Oltenia and Wallachia). An important role in this reorganization was played by the French millitary mission, led by general Henri Mathias Berthelot and the combat force of the Romanian soldiers, who, in the battles at Mărăşeşti, Mărăşti and Oituz, literally put into practice the order “One should not pass this point”.

Even if these victories on the battlefield could not lead to the immediate liberation of Romania from under foreign occupation, because of the Treatise of Brest-Litovsk, where the Central Powers and Lenin's goverment agreed to come to a separate peace, they prevented the enemy from occupying the rest of the country and allowed the army to re-enter the war at the end of 1918, when the German and Austro-Hungarian empires collapsed, due both to the failures on the Western front, and to the resistance that the two great powers met with in Romania, which forced them to make more millitary and financial efforts than they had imagined they could put up with.

Far from being a miracle or an accident, the forging of the national state on the 1st December 1918 was the reward that the Romanian people deserved naturally and logically for its continuous existence and persistance on the national territory, in spite of the hardships of history. 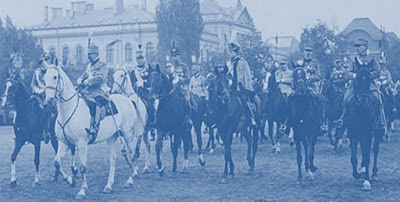