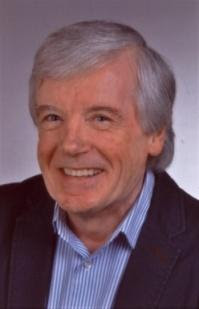 What a title for a literary magazine which is now edited for the 60th time and, further more, is raising the claim: “ALL THE WORLD IN A JOURNAL”! The claim is program because, started as a bilingual journal, long since a multilingualism resulted by  the steadily growing number of authors which, from many countries of all continents, contribute to the success of this unique bimonthly periodical.

Initiator and spiritus rector is in Bucharest the Romanian writer, translator, editor and journalist, Daniel Dragomirescu. His untiring commitment, his publishing qualification and his overwhelming sociability, combined with his sharp analyses of political and historical circumstances, are motivation for many authors to look above the own horizon, not at least for their own confirmation. This beacon “Orizont Literar Contemporan (Contemporary Literary Horizon , CLH) is coming from a Romania that Daniel Dragomirescu describes as follows: “Dominated by political forces for whom real democracy did not matter at all, Romania remained at the periphery of the civilized world, with corrupt politicians, an economic development under its potential, a multitude of plagiarists that turned into ministers overnight … with palaces of hundreds of thousands euro and tens of thousands of socially assisted, with millions of people that are leaving or have already left the country in search of a better life.” (CLH 59, p. 3)

A shameful balance for a country that belongs to the European Union, but is let down by it. This, for me personally, is also a reason to participate again and again as an author.

On the occasion of the anniversary edition No 60 I congratulate us all, writers as readers and especially Daniel Dragomirescu to whom I feel attached by friendly relationship and philosophically similar views.

He and “his” magazine give honor to liberal ethos, give the pleasure of independent art and they convey also sense to literary work for the benefit of nonviolence and peace in a world of painful turmoil.