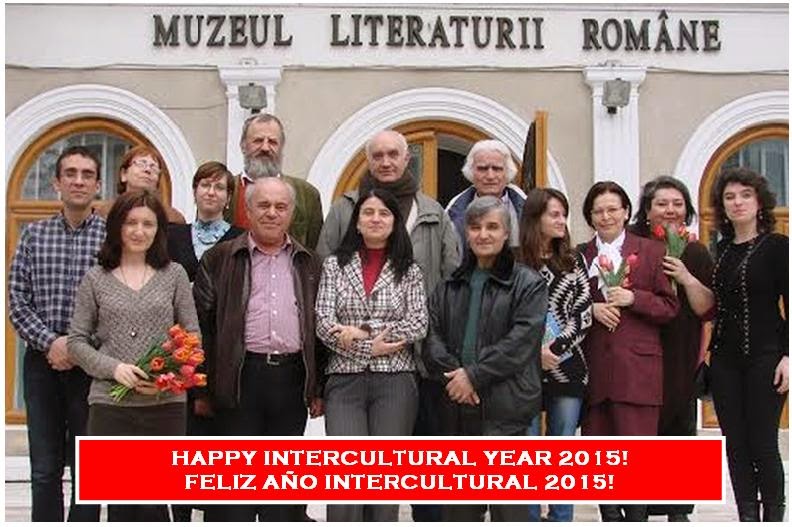 CLH – A MEGALITHIC PROJECT BETWEEN TODAY AND TOMORROW


As always, in these special times, we are thinking of you, our dear friends, with gratitude. By your presence, solidarity and active participation, our editorial team was able, this year, to continue its important and complex task in better conditions and to have better results. In the main, 2014 meant for CLH: 6 new issues (from no. 39 to 44); new contributors and readers from all over the world; the 4th “Intercultural Spring”, an annual literary, artistic and editorial event, organized by CLH in Bucharest since 2010; and a closer relationship between the journal and the University of Bucharest, as represented by Prof. Lidia Vianu and her MTCN, on the one hand, and by Monica Manolachi and her colleagues, students and translators, on the other hand. An important achievement of the year now ending was starting the project “Bibliotheca Universalis”, a collection of bilingual and multilingual books (poetry, prose, essays) by authors and contributors from all over the world of our international journal. In “Aula Magna” and “Ex Aequo”, the two series of “Bibliotheca Universalis”, are included over 50 poets, novelists and essayists: Neil Leadbeater, Douglas Lipton, Martin Bates, Katherine Gallagher, Mike Bannister, Paul Sutherland, Sally Evans, Morelle Smith, Peter Thabit Jones (United Kingdom), Alex Kudera, Burt Rashbaum, Peggy Landsman, Donald Riggs, John Tischer, Stephanie Branson (United States), Donald Adamson (Finland), Sonia Kilvington (Cyprus), Raymond Walden (Germany), Luís Ángel Marín Ibáñez, Maria Isabel Guerra García, Antonio Arroyo Silva, Aquiles García Brito, Felix Martin Arencibia, Juana Castillo Escobar, Anna Rossell, Rocio Espinosa Herrera, Rosario Valcárcel (Spain), Edith Lomovasky (Israel), Calogero Restivo, Ettore Fobo, Claudio Sottocornola (Italy), Jean Taillabresse (France), Natalia Canais Nuno (Portugal), Peter de Rijk, Albert Hagenaars (The Netherlands), Marina Centeno (Mexico), Luis Benitez, Martin Sosa Cameron (Argentina), Andrés Morales, Theodoro Elssaca, Astrid Fugellie, Carmen Troncoso (Chile), Dante Gatto, Oziella Inocêncio, Gilvaldo Quinzeiro (Brazil), Masud Khan (Bangladesh-Canada), Abiola Olatunde (Nigeria), Chokri Omri (Tunisia), Mihai Cantuniari (Romania), Traianus Vasilcău (Moldova Republic), and others. About 20 of these authors are already published in the series, or are ready to be published soon. In United Kingdom, Spain, Finland or Uruguay, these bilingual books were received with interest and consideration. If the goal of mediaeval scholar, Conrad Gessner, initiator and author of a “Bibliotheca Universalis” (1545 – 1549), was an alphabetical bibliography “that listed all the known books printed in Latin, Greek or Hebrew” (cf. Wikipedia), our project is more comprehensive from all points of view.
In 2015, the editorial team of CLH will continue to grow, and to add new and positive achievements to its intercultural reputation. It was not easy, in 2008-2009, to start from scratch such a megalithic work, and it is not easy even now, but with the solidarity of our contributors and friends, and constantly directed by our belief that what we have to do together is a good and useful contribution to local and global contemporary culture, we have a real chance always to be more valuable and more appreciated for what we have done - as well as for what we will do. In this New Year, we want to offer to our readers new and better issues of CLH.  We will continue to promote interesting authors from different countries of the world in order to reconfirm and to sustain our goal regarding a cultural unity in diversity. Our multilingual versions will be more accurate. Similarly, the editorial and the graphic layout of the journal will be better. In April 2015, there will be a new “Intercultural Spring”, organized by CLH in collaboration with the National Museum of Romanian Literature in Bucharest. If this goes to plan, it will be a good opportunity to present a number of books from “Bibliotheca Universalis” with the direct participation of some of the authors. Doubtless there are valuable books and talented writers, who must become better known by our public, our cultural institutions and publishing houses.
We cannot conclude this short presentation, without expressing once again our gratitude to our contributors and friends from the EU, US, Latin America, India, and Africa - these brave promoters of our intercultural project. Special thanks to our translators from the University of Bucharest and from all over the world! From editorial reasons, their names are not mentioned here, but will be all included, in alphabetical order, in CLH 6 (44)/ 2014, in a place of honour. For all our friends, contributors, authors and readers, we have this cordial and very special greeting: Happy New Intercultural Year 2015! Together we are a force able to bring the entire world together in a journal, in a library, in a global intercultural project.

A wonderful project, and I know this will also be a wonderful year for you - greetings to you and all the team for 2015!
Morelle