INDIAN HORIZONS. VENKATA RAMANAN: DOES GOD HAVE NAME AND FORM? 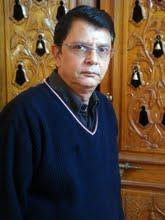 One would find many Gods in Hinduism. We have Vishnu, Siva, Ganesha, Kaarthikeya, Saraswathi, Krishna, Rama et all. One who worships a particular God feels and is taught to believe that his God is superior. We also find clashes between Gods. How rational is this?

It is not prevalent only in Hinduism. We have the same in Pagan worships in Europe, in Nordic mythology, in Maya civilization, in Greek civilization. In Christianity one worships Holy Father, His Messiah; In Islam, Allah and regards for Sal. Jainism and Buddhism deny the existence of God and condemn idol worship. Buddhists worship Lord Buddha and have erected statues. So is the case with Jainism. In Christianity, people worship Jesus, Infant Jesus, Mary. In Islam we find people worshiping at Dargha though it is proscribed in Islam.

Why so? To understand these phenomenon, one has to understand the evolution of religion and also human psyche. Man started worshipping first what he could not understand, could not control. He saw lightening. He was scared. Saw rains, gale, fire, Deluge that he could not control. He ascribed powers to them which he did not possess. This was the beginning of belief in Supernatural. (In Hinduism, there is nothing Supernatural as such; every thing is Natural).These entities were given Name and Form. Man believed that these could alter their behavior that would be beneficial to Man. But this does not happen. The variations of behavior of these entities affect each individual differently. An umbrella manufacturer prays for rain; depending on the state of the crop, agriculturists do not want rain (if it is harvest time). Office goers prefer rains, after they have reached their offices or after they are ensconced safely at home in the evening. Based on the benefits one gets, the individual believes his prayers have been answered and his faith grows stronger. Others feel let down and some turn Agnostics or even Atheists. Nothing is farther from Truth.

Elements behave the way they do according to Cosmic Principles, which we are trying to discover / decipher. Our Prayers / hopes / disappointments have no relevance. Then why worship at all?
The Reality is The Principle. It is a teleological. It has no Name and no Form. We call it by different names and visualize by various Forms.

Man, by nature is controlled by first and foremost by the instinct of survival. It is followed by thirst, hunger, gregariousness and sex. When any thing happens that threatens the satisfaction that would he attain by satisfying these instincts, he becomes nervous. He starts believing in things that are beyond him. Hence he starts worshipping. At times when things happen the way he wants, he has his faith reinforced. But when it does not happen to his liking, he blames himself or assigns it to Fate. This is not correct at the macro level. When Prayers are to be answered it should have been answered for all those who pray. If not, and only prayers of a few are answered, God is unjust and He does not deserve to be called God. This again is incorrect understanding of God.

God is a principle which has no name, no form, no likes, and no dislikes. Principles do not behave erratically; if they do so, they would not remain Principles. Why then we give name and form and worship? Human mind needs an anchor to cling to in times of desperation, especially when things go wrong for them. They need an explanation or excuses for things gone awry. They need some things to hang their boots on. It is a psychological necessity. So we believe in symbols and later in Human forms. (Why is it we describe God only as a Human Being? Is it because we are human beings and we feel we are superior to other living things on earth? If an ass were to conceive God, it would describe Him as a Superior Ass. Is there any thing wrong in this? As God, is common to all living things, why should He have only a Human Form? In fact, He is Nameless and Formless.
And again each individual has emotional / sentimental attachment (many may deny; let them ask themselves whether they have sentiments / emotional attachments. Fact is they do have. Let them know that it not unseemly to have sentiments and attachments. Some are attached to mother; some to father; yet some to friends; some to Beauty; some to valor. As many Gods are possible as there are likes in Humans. One finds easy to relate to them. We feel comfortable when we assign a Form and express ourselves to that Form. It has a healing touch when things go wrong. As one slowly develops this feeling of togetherness with the Form, one realizes gradually that he is a part of the Absolute Reality and one would not be disturbed when things go wrong. Again, when one whole - heartedly transfer one’s emotions / sentiments / problems to a Form, slowly the positive thought that he is only an instrument in the cosmic nature of things, will ensure that he attains what he yearns for and if he does not attain what he wants, he would have developed the fortitude to weather the problem. Remember, mind can not contemplate on ‘NOTHING’. It can not operate in a vacuum.

This is the first step in Realization of Self. Though the Reality has no Name and Form, worshipping names / Forms (various Gods), leads one gradually to the realization that these names and forms do not really exist and that they are only one of the many processes to realize the Ultimate Principle.
One may ask - why believe in something, which we are going to find out to be irrelevant at a later time? For any journey, first step must be taken. After reaching the Destination, the First step may seem irrelevant. But it is essential. After attaining PhD, nursery class seems to be irrelevant. But without nursery class, one would not have obtained PhD.

Venkata Ramanan (born in 1951, India) is a retired senior management professional. Currently he is management consultant in education and visiting professor to Varsities on management conducts courses in soft skills, stress management. With degrees in philosophy and psychology, Venkata Ramanan spent many years in learning „Vedas”, sacred books of Hindus. He is interested in philosophy, psychology and in anything that stimulates the mind.
Publicat de Daniel Dragomirescu la 02:22

Very interesting! Thank you for posting!

This is a correct description of the evolutionary development and status quo of mankind that I call the “interim human”.
But meanwhile there are individuals who don’t need any construction of a divine principle because they know that all the natural laws not only are valid on earth but everywhere in cosmos. Studying these laws offers sence of life by using all the knowledges to ease human life circumstances.
Worshipping of “God” changes into a service to humanity.
This si – in short words – my new philosophy which I named “Cosmonomy” and which I introduced to the public by “The Cosmonomic Manifesto” (up to now in the German language only).

Was it Christopher Hitchens who said: "I believe in living an ethical life without reference to the supernatural"?

And of course there's the great comment by Woody Allen: “Not only is there no God, but try to get a plumber on the weekend….”