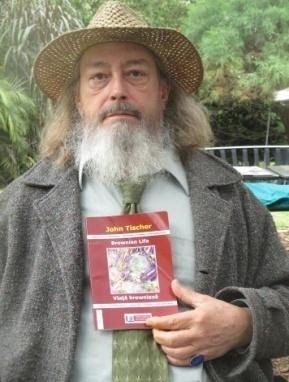 The Truth: an Editorial

The truth is always positive. If the truth exposes something negative, that is a positive effect of the truth.

Some people think Mr. Trump is the same as Hitler. Certainly it's true they didn't come up with this idea themselves... it's been repeated in the MSM like a broken record.

It's true that many Americans have been brainwashed. Mind control to make Americans good consumers, for example, has been operative since just after the First Word War. The prominence of Madison Avenue is a testament to this reality.

If one objectively examines this election, it's clear that the status quo selling of Hillary is fully in motion. Popular T.V. series, like the Simpsons, have  propagandized against Mr. Trump. The MSM treats Mr. Trumps words and distorts them to create the impression he is a crypto Genghis Khan, while, at the same time, they avoid reporting the truths that Hillary is a lying,  thieving criminal likely complicit in the murders of people opposed to her.

But even the MSM has to look at the history  of, and her current corruption. What happened  with the Clinton Foundation is such a  transparent example of pay-to-play that it simply can't be ignored.

The corruption of the government, (is there any major government institution that is not corrupt?) absolved her of criminal charges, while, in the same breath, demonstrated that she was guilty as hell of those same charges.

Where is the truth in this election? Obviously, Mr. Trump is telling the truth, tho he is brash  and clumsy, hyperbolic in his rhetoric, and rubs people the wrong way. If one uses their  intelligence and looks past the slogans of the  MSM and the entertainment cabal, one sees that his positions make common sense.

America is a nation of addicts. Its people are addicted to many things...i pods...twitter...their sense of entitlement..."We're Number One!" Any lie that feeds their craving is welcome and embraced. Mr Trump represents an intervention of the American Dream.

Now, with all the problems of the world that  threaten the human species, America, (read the  1%), has taken off the kid gloves. Greed has  become transparent.

Some of the ones supporting Mr. Trump do so  because their lives are being ruined by the banks, by the education system, by a criminal government. Others back Mr. Trump because they see the truth that if Clinton is elected, if the status quo is allowed to survive, it could mean nuclear war and the end of civilization. That's the worst case scenario. But  what is certain is that the middle class will continue to be erased, radical Muslims will pour into the country and kill lots of people. And the rest of the world will continue to see America for what it is: a powerful, stupid bully, and they will form stronger alliances against it. Japan and Europe will continue to support their master. A New World Order, (read dictatorship) is on its way.

I'm with Thomas Paine: "Give me liberty or give me death" (not debt). I'll fight against a corrupt American government as the Declaration of Independence and the Constitution tell me I have a right and a duty to do. If Mr. Trump is elected, perhaps there is a chance that that won't be necessary. If not, it may well be. 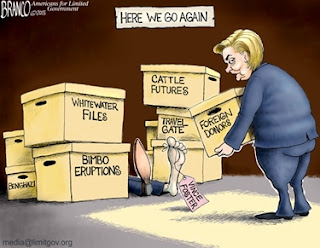 "Hillary Baggages" (a satirical cartoon from an US newspaper)

John Tischer (born in 1949, at Chicago, as a son of a German father and a Jewish mother) is a contemporary poet from the United States. He graduated the Carleton College in 1971 and was a student of Chogyam Trungpa in 1972. In 2004 he settled in Tepoztlan, Mexico.
John Tischer writes poetry since the 70's. A few poems from his vaste creation have been published in  “Windhorse”, a Buddhist literary magazine. He was also present with poetry on "Sleepless Nights", an electronica music radio show (KGNU, Boulder, Colorado), a dozen times in the late 1990’s. Some of his readings are available as MP3 on www.buddabomb.com
The unpublished book Café at the End of Time was written in 2013 (at the request of CLH) and it is an excellent autobiographical novel about his childhood and youth. Poetry blog (since 2007): Eggtooth Breaks Open, www.johntischer.blogspot.com
He is the author of the book “Brownian Life” (“Bibliotheca Universalis”, 2015).
John Tischer has been an honorary contributor of “Contemporary Literary Horizon” since 2011.